the model is all wrong 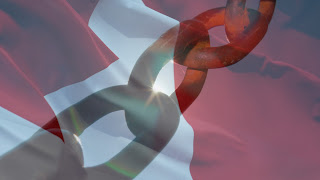 Recently, I have become aware of several actions that our Canadian government is planning to take1 or has already taken that have made me uncomfortable. My experience is as if I have suddenly been transported to another country, one that does not have the values that Canada has.
Currently, the way things seem to work is that it is up to us to speak up if we DON'T want something. Our government representatives take action on any number of fronts, and we are expected to let them know if we don't support it. This model doesn’t work well, for a number of reasons.
What, fundamentally, is the point of a public input process? In large part, it is about making sure that government representatives are getting it right. That citizens are in support of what is to be done, and that representatives are acting truly on their behalf. Ideally it involves asking citizens what they want. It isn't about checking a box to say it was done.
There is another critical piece that is missed if public input is not done well. It is about leveraging the intelligence of citizens.  For example, I am not an expert on privacy or civil liberties.   I am an expert on a set of other things. Our governments need to be able to access and use the intelligence and expertise of Canadians as we move into our future. The public input model is a critical access point to our collective intelligence.
Perhaps I notice the contrast more as I watch the B.C. government, and my local governments, make shifts toward greater openness and transparency.  They get it, and they are headed in the right direction.  I want our Canadian government to understand the time is now and begin to make the shift as well.  There is nothing to be lost, and everything to be gained.
1the most recent example, the proposed Lawful Access legislation, compelled me to write this post (and is the reason for this particular photo).  If you are interested, watch this video, read this article, do some other research and decide for yourself what you think about that legislation.